Covenant is a strong agreement, promise or an oath entered between two or more people who are expected to abide by the terms and conditions of such agreement. 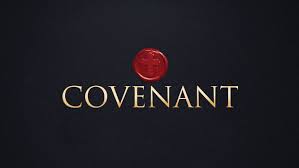 Sometimes blood shedding maybe required depending on the nature and parties involved in the covenant.

Covenant is so binding in the spirit realm that it revolves around the life, both social and spiritual activities of the parties involved in the covenant.

Psalm 89:34 gives us an idea of how covenanted God is. Our God is a God that makes and keeps covenant.

In theological sphere there are five major parts to every covenant;

Most times when God wants to enter into a covenant with the Children of Israel, He first reminds them that He’s the God who brought them out of Egypt and also by telling them what He did for their fathers.

Covenant making forms an integral part of the lives of the people involved in it, be it with God or with Satan.

God hates covenant violators and so does the devil.

Some facts about covenant:

But problems started after about a thousand and hundred years later when king Saul violated that same covenant that was made by Joshua with the Gibeonites in 2Sam 21:1-9

Whether a covenant is consciously or unconsciously made is irrelevant.

The following can also take place when a covenant is violated:

Some parents entered into a covenant with the devil unknown to their children and by becoming a christian, unconsciously they have violated the covenant and until it is broken, such covenant remains active.

Whatever has be done that’s affecting or waiting to hinder you in future is broken and overruled in Jesus name.

Many thanks for coming around, until next time..

Compliments of the season.

This site uses Akismet to reduce spam. Learn how your comment data is processed.

Add The Blogging Meetup Logo To YOUR Site!

To add a logo that links to the Blogging Meetup, add a text widget to your blog by going to My Sites > Customize > Widgets. Then, copy and paste all of the below into the main text area of the widget:

The code scrolls to the right -- be sure to highlight and copy all of it!

Have Questions or Suggestions?